A total of 26 men of 14 women were registered on Saturday. Since it was a top race for a narrow climbing peak, attendance was quite decent. We will have to get used to the fact that it is time for the 120 racers to run at the Czech Championship. The reason is clear. Peak performance is steadily rising, and so does amateur climbers' performance. Then they prefer to find races for a wider climbing public, such as cupOFF, Mejcup, etc. It will certainly give rise to disagreement, but I am satisfied with the participation. It is only a pity that neither Slovak competitor did.

Saturday's qualifying was climbing style flash. Both men and women climbed two qualifying routes. The first women's journey was valued at 8- / 8 and second 9-. Men's qualification was traveling difficulty 9- and 9 +. Qualification routes were built so that athletes crawl and stay warm before Sunday's decisive rounds. I can not forget the excellent performance of forty-five Rudolph "Tufiho" Tefelnera, who was able to highlight your two qualifying routes. 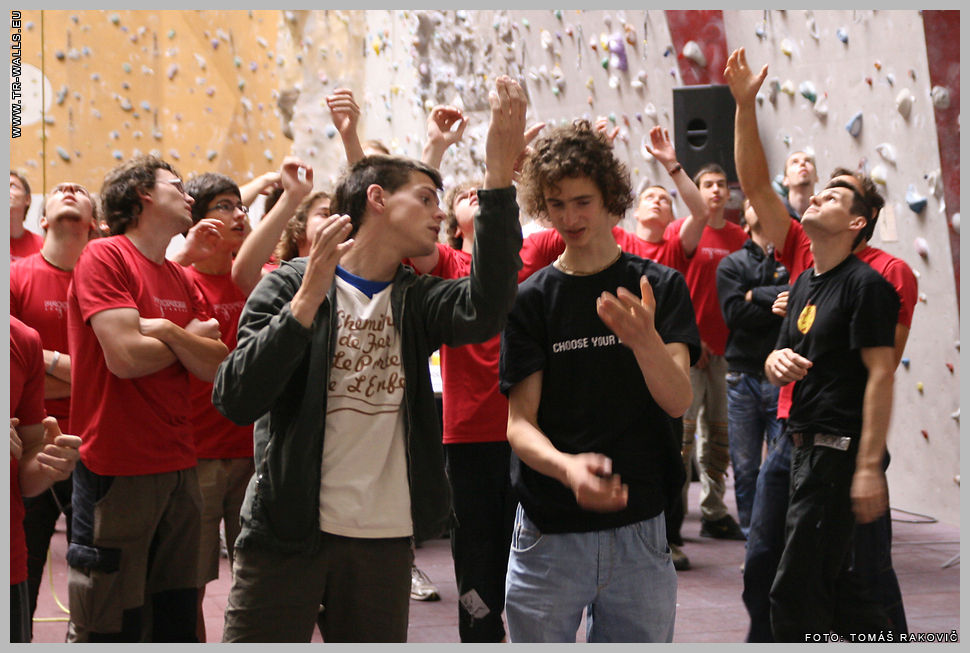 Sunday's men's semifinals clung to the on-sight style and was really thrilling. The endurance path, which was interrupted by several power strokes with a fuse from the ceiling (the difficulty of about 9 + / 10-), resisted only Adam Ondra and the acting Czech Republic champion Martin Stráník. An interesting situation has developed on the interface to the final. On 8.-10. The 4 racers were placed in a place that was still in the final. He then decided on the final performance between 10 best so Saturday's qualifying. 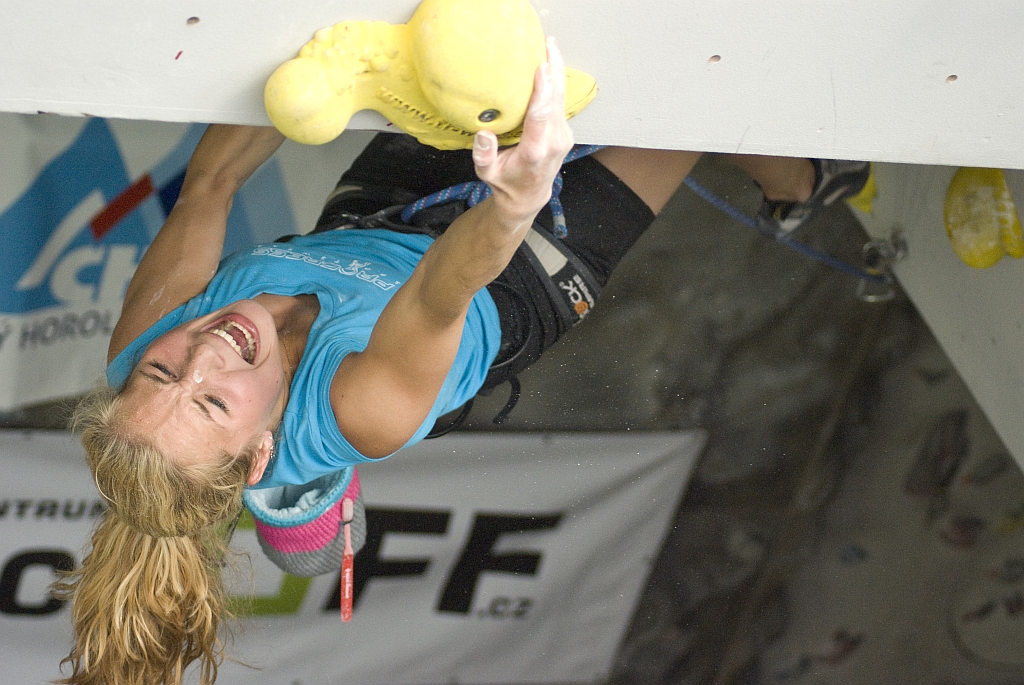 The women's final has traditionally been the biggest nut for the setters. In the final, the competitors with different performance met as expected. That's why the journey started with very light passages. In the middle of the building, the builders hardened and the way was to graduate in the exit from the ceiling. During the construction of the final road, the setters managed to pull the thread in one nut, and so for time reasons one key catch had to be moved next. In the end, it turned out that this was just over four of the best racers, so they had to go back to isolation and get a super-final. Some superfinalists were totally uncomfortable. By the decision of the race director, the superfinal took place on the slightly modified final race of the men and therefore could not see the men's finals. 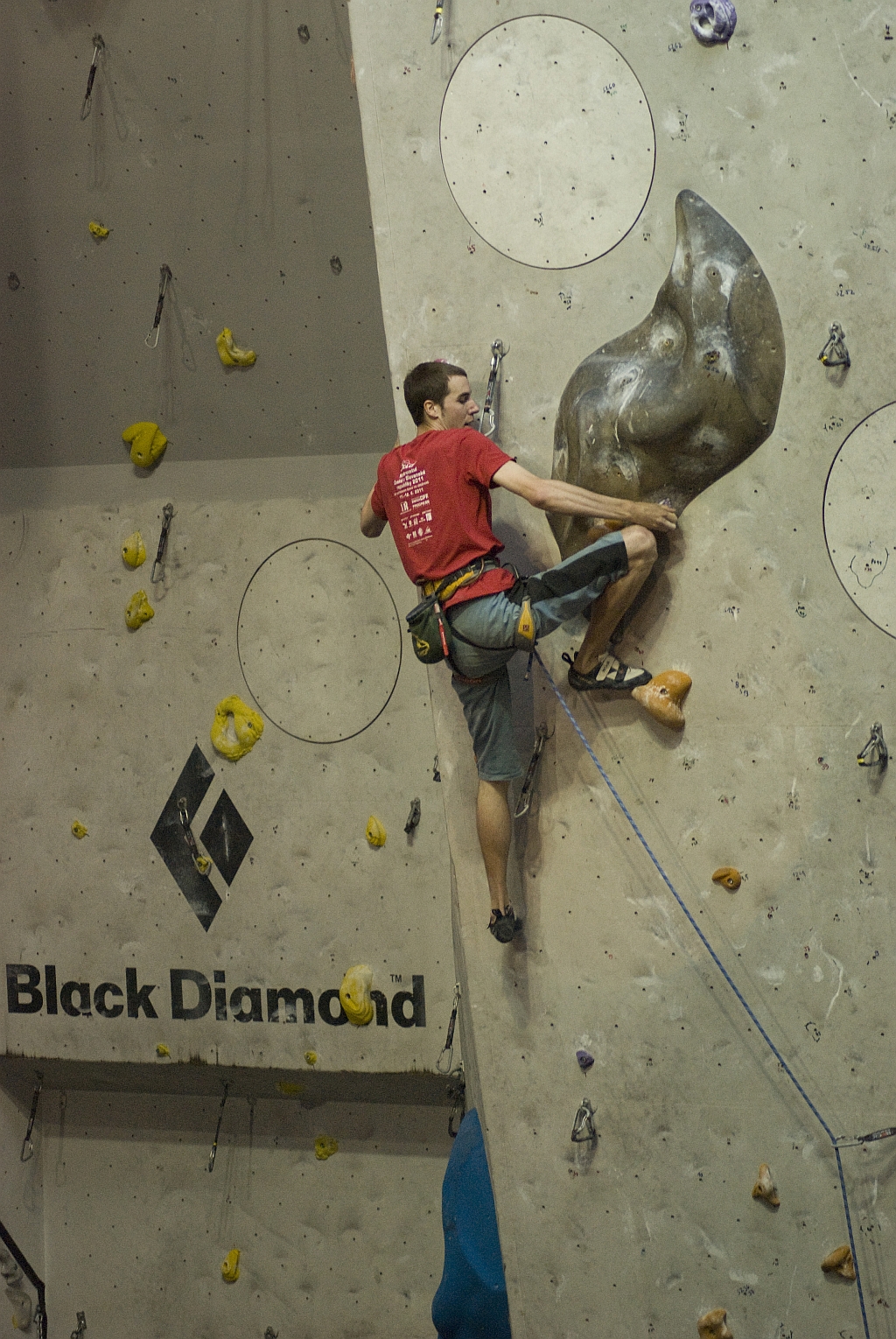 The men's final round was even longer than the semi-final. Almost 25 of endurance climbing without the possibility of kicking. The first few meters of the race was made by the riders without any difficulty, since half of the overhanging part began to stifle and check the strength and endurance of the competitors. The excitement in the first part of the final was taken by Cuba Hlaváček, who forgot to click on the show and his attempt was prematurely terminated. The best Slovak competitor, Ondřej "Humpi" Švub, after convincing performance, literally finished for the total 3. place. Only Adam Ondra came to the top, and he showed bravado performance as expected. Whoever did not see a perfectly executed sequence of steps on the second structure in the ceiling in his submission lost a lot. Martin Stráník, who climbed about halfway to the final ceiling he had made, was the last one. He won the second overall. The surprise of this race was the performance of Petr Čermák, who made his way to the overall 4. place. This sixteen-year-old racer has first introduced himself amongst adults this season and is doing well for him. 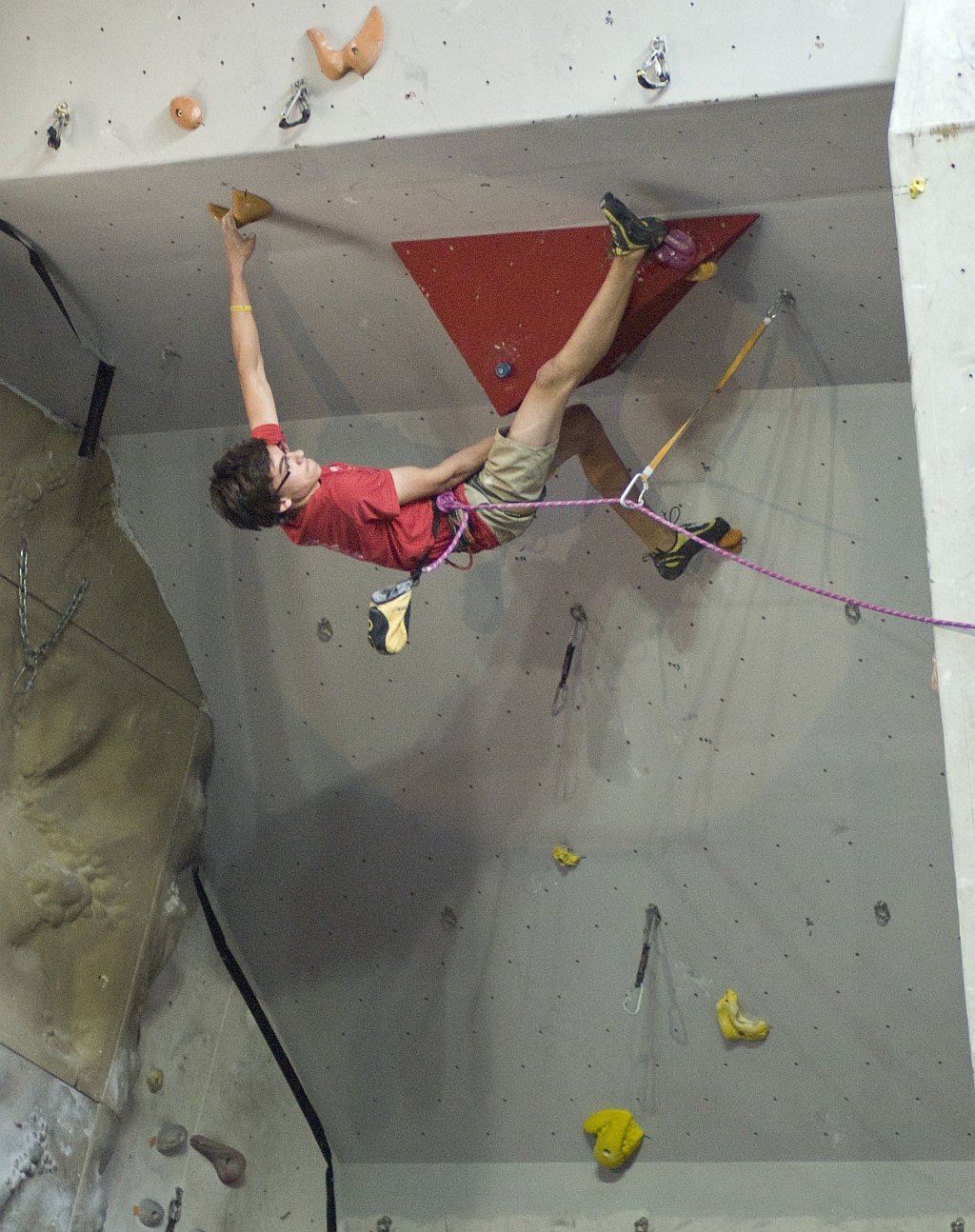 After the minor finishing of the men's final trip, the women's super-finals began, in which the Czech Republic's champion in the climbing game decided the difficulty. In the super-final they met: the Czech Republic's acting champion Edita Vopatova, Tereza Svobodova, Lucie Hrozova and Lenka Frühbauerová. Edita, like Cuba Hlaváček, forgot to click on an Express and her attempt ended prematurely. After the faultless performance of Tereza Svobodová, who managed to cross over the first ceiling after the initial endurance passage and to add two more steps and running, she was already waiting for the last competitor Lucie Hrozova to respond to this performance. After a little nervous start, she straightened up and the first ceiling overhang. But for the next steps, she did not lose her strength and fell into the next step. So Tereza Svobodová won the championship in front of Lucie Hrozova and Edit Vopatová. 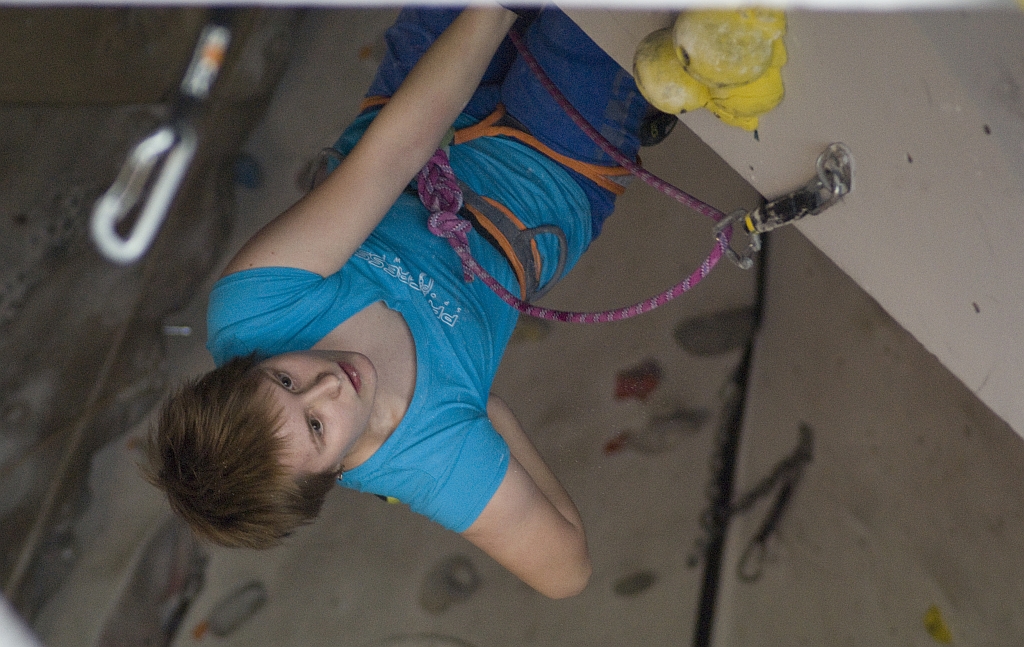 Despite the relatively sunny weather arrived for Sunday men's final sufficient number of viewers who prepared the competitors really stormy and motivating atmosphere, for which all very much. I'm just sorry that many could not wait 15 minutes (elapsed before the deadline for protests and prepare for the ceremony) and athletes for their performances applaud. Certainly they deserved it. I regret all the more that is so quietly disappeared, and some familiar faces Prague climbing scene. Maybe not enough to give free admission. Perhaps it would take a period of 15 minutes and give a free beer. Maybe next time we'll try. 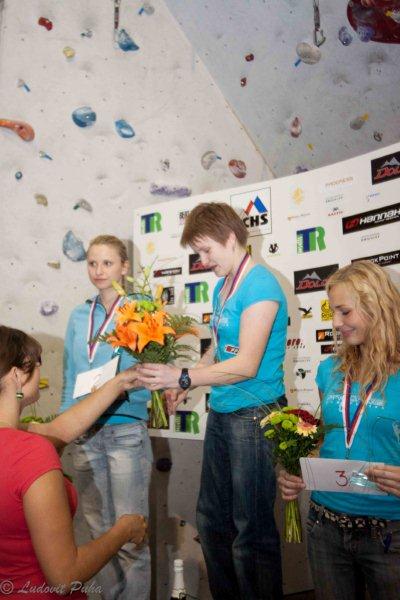 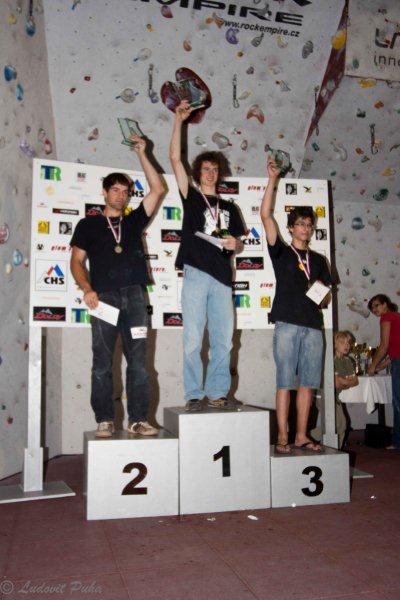 The ceremonial champion and the champion of the Czech Republic in difficulty climbing, photo Ludovít Puha

Although I have heard comments that: routes were not enough endurance that the presenter was saying this and that it was boring, that we have a low platform etc. etc., I must say that I saw and heard something else. I saw a team of people who worked hard, literally day and night to prepare a decent race. I heard from some competitors thanks for a nice race. I'd like to thank the whole team of organizers for their work, competitors for their participation and all critics I promise that we will continue to make mistakes.

The whole race was backed by the mayor of Prague 5 MD. Radek climate. 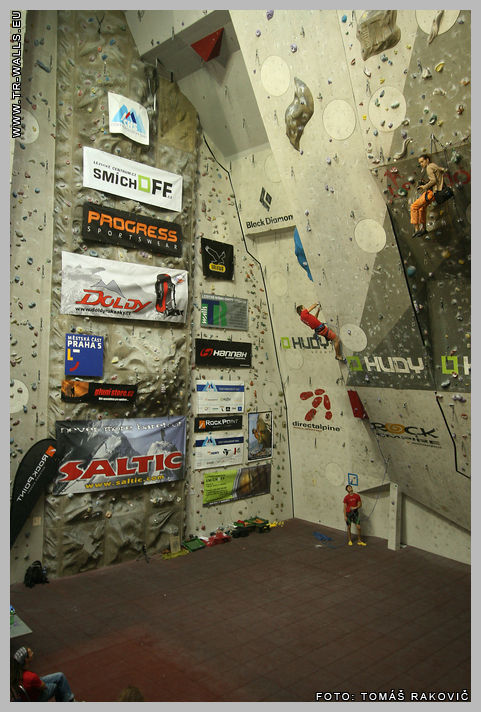 It is not without partners, photo Tomas Rakovič